An insitutional place where the community can:

Funded using ens fees
Mantained by staking on some DEFI

Why a castle:
Because it is the easiest way to experiment the future of smart cities
A castle has a head, a body, arms and legs, and it is a standalone universe/environment.
Same as a little city ready to be “smartified”. 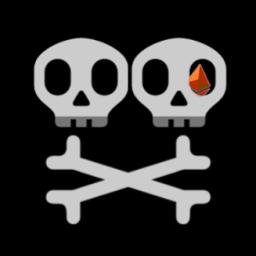 Check out the Cyphers community on Discord - hang out with 76 other members and enjoy free voice and text chat.

Funded using ens fees
Mantained by staking on some DEFI

Completely lost me with all of that. Why is this necessary? What does this entail that can’t happen on Discord or another current platform?

Since we have such an international community, perhaps we could create this in decentraland instead?

Physical Communities are a thing, always existed and will exist forever.
Covid shown us the importance of meeting each others.
Any community needs a place to refer to.
Also:
1 - It is a way to store value.
2 - A new use for $ENS
3 - An option for you next holidays
4 - A way for the money to be used for maintaining beauty/history/art

Agreed, but your Decentraland idea deserves a proposal on its own.
Real and virtual can’t be compared and shouldn’t.
You don’t go on holidays one week to decentraland to meet ethereans, share an experience, brainstorm ideas and create some teams

Sure agree they can’t be compared. I just couldn’t think of where to best locate a castle for such an international group of people, thoughts?

there are several factors to take care of. mainly : yearly taxes and weather.
example: UK is very bad on both sides.
It depends on the budget and the avialble offers in the end.
Tendentially I would say spain or italy.
Portugal could be another option (if the castle is mantained by DEFI…)

While holding a conference in a castle would be fun, I don’t think buying a castle is a sensible use of ENS DAO funds.

The point isn’t strictly to buy a castle (this is the first public good proposal ever, isn’t it clear?), you should take it as an input to brainstorm on.
The objective is building community and to have an institutional place to refer to.
Something able to express the values listed above?
To me this community is at the point where it is needed to break the first glass and see what is possible to imagine.
Maybe I misunderstand the meaning of a proposal process.
I think the decentralalnd counter_idea is at least a try to give a context to the values I try to address, even if completely out of context. Because in the end I am trying to give a physical dimension to the community, and specifically it is not the conference dimension, but the one of a space to refer to.
Human brain is a space machine. A machine building a sense of belongings. To belong to something is a multiplier of energy.
Anyway I am a dev, so there is no public good as valuable as public code to me.
But I am testing the community from another perspective. The perspective of the permanent location. The only one the not-devs can understand as absolute.

The discord proposal as a valuable alternative is a rejection of the human nature I want to express.
The decentraland one , as I said , recovers the spatial dimension and it is much better.
A community to me is something not temporary
The temporarity of a conference is just an event, like a concert, or a marriage.
Cerimonials, belonging to the teporarity of life, aren’t real.
A true collective is another thing.
Ethereum is collectivity, and this sis why in other communities this same idea is taken very seriously.
Maybe you Nick just don’t feel this need.
Personal life is something very personal.
Some people build a family and sticks with it, not allowing anyone to enter and distrub.
I don’t judge it.
To me building community is the meaning of life.

I think it could be interesting as we could use it as a center for blockchain education, a co-working space etc. This would certainly qualify as a public good, and we could accept donations too to help with running costs. But yes certainly an actual castle would not be sensible!

Donations may not be needed if the system is supported by value stored on DEFI.
Ideally it could attract sponsors instead, willing to have visibility since there would be a constant life inside and events of various sort.
The input of the castle refers specifically to the nature of social container.
While a set of offices would be just… a set of offices, I imagine a structure able to operate as a (smart) city. Since you can’t split the society and the social experiment from the space/container that is the theater of that society.
There may be structures around the world that are conceived to be like little cities.
A castle is the perfect example of standalone container architecturally organized to express those functions. As I explained in the description, it is an organism ready to have a living society inside.
Another option would be to locate somewhere a structure built to host a tiny society.
There has been many plans during the 1800, but the most are on paper.
All the work of Robert Owen is very inspiring.
There is big space for revisitation.
In fact my point is not a dao ruling a bunch of offices, but very likely something closer_to/reminiscent_of some of the utopistic visions of that time.
If not us so who?
If not now so when?

What is the specific advantage of having a ‘smart city’ over a simple co-working/event/hub space with respect to benefiting ENS and its mission?

I’m not a big fan of tying down resources into specific physical locations. Due to physical constraints, it may lead to biased in representation of the DAO membership presented and at worst case exclude certain members due to inability to travel or costs.

I would think DAO sponsored 1-off events around the world would be better for those reasons mentioned above.

As for a place for adhoc social hangout, maybe local chapters makes sense, but I think that if we do establish chapters it needs to support non-physical chapters (like a decentraland chapter) and/or just generic groups. This may also facilitate better ENS delegate community as a whole.

“What is the specific advantage of having a ‘smart city’ over a simple co-working/event/hub space with respect to benefiting ENS and its mission?”

The social difference between a living place and a working one

at worst case exclude certain members due to inability to travel or costs.

if this offer would become a trend in communties, places would be everywhere, communities could interchange places.

About virtual meeting:
There is a plan of mine (1 year old or more?) for a daos island in cryptovoxels somewhere.
But we talk about two different things

As for a place for adhoc social hangout, maybe local chapters makes sense, but I think that if we do establish chapters it needs to support non-physical chapters (like a decentraland chapter) and/or just generic groups. This may also facilitate better ENS delegate community as a whole.

I spent a lot of my youth and early adulthood setting up venues for underaged people to enjoy local music, to be fair that’s not an equal comparison… however some of the issues I’ve had experience with might be prudent to mention;
The more open and comfortable someplace is, the more it will get trashed. It’s inevitable and no amount of hemmoraging money into security and bouncers will stop it
No matter where you pick someone somewhere is likely to come out of the woodwork and say that the community being supported at that location is a community that is unwelcome by locals.
If you are able to create a perfect safe haven of your dreams there will be unexpected bad apples: we can already see that in the divide between the people who want ENS to somehow magically make us all rich and the people who want to use it as a tool to advance a future technology.

This being said the only actual answer to any of these issues is that a permanent location is not viable. By and large pop-up events and convention type meetings are the only sustainable and realistic solution.
Now I’m not omnipotent, I just have a lot of experience with these types of things so I feel my two cents is valuable however grim

Constitution DAO taught me one thing. We can do whatever we want. Write the proposal, put it to vote. A permanent physical location is overhead. What’s the value? Sounds like an embassy situation. Are there staff, security? What is their pay and benefits? No matter the reply, it comes from the treasury and should be scrutinized for ROI.