ENS DAO next steps re: Brantly

I do not agree with this. Brantly contributed to ENS success and deserves to be here. I respect the fact that he stands by his words and doesn’t pull the usual “It was four years ago, I’m different now, blablabla”.

Woke and cancel people are more toxic than Brantly ever could be, pure herd mentality at work.

agree with the first three items. no opinion on the True Names Limited as I’m unfamiliar with that

Probably best to try and keep these replies relatively clean to facilitate discussion.

I do not agree. So much for a decentralized, censorship resistant protocol if you cancel Brantley for holding beliefs shared by billions of people. It will signal that ENS is not for fundamentalist Christians, Muslims, Jews, etc.

Fair warning, if your post does nothing but enflame division, it will be removed. This isn’t discord or twitter. This is for governance talk.

This is a very unfortunate situation and the tweets Brantly made 6 years ago are shocking and do not add up with how he has so far behaved in his role in ENS.

It’s needless to say that bigotry and hate should not be part of this or any other community. I have already stated my views on this in CT: https://twitter.com/LefterisJP/status/1490282927770550272

But I believe we should cool our heads a bit and not make rash decisions while blood is boiling.

What I would like to see at this point is some public clarification from Brantly about these past comments and explain if he truly believes that homosexuality is evil, and that transgender people do not have a right to exist. As those comments do not reconcile with what he recently posted on discord: https://twitter.com/nicksdjohnson/status/1490398146077540352

I want to give him the benefit of the doubt as should be the right of everyone to defend themselves and explain their actions. His track record in the ENS project so far has been spotless and, to my knowledge, he has never discriminated against any single person while performing his duties.

And frankly I am apalled at how quickly people are jumping on the bandwagon to pile on someone without talking to him or giving him a chance to at least explain those past comments.

That said. If indeed he still truly holds the belief that a group of people should not have the right to exist, or harbors hate towards them I don’t believe that being part of the leadership of this project is appropriate.

The reasons for this are:

In closing I want to say I saw lots of shitty behavior in CT today. Above all, in all our discussions, in all our debating let’s please be human and try to show respect for one another. Remember in the other side of that screen is another human with different beliefs, different upbringing and feelings.

Immediate suspension from leadership roles while the community is consulted and next steps are formed,

I think this is a good first step.

Thanks for writing this up @James and huge thanks to everyone who has weighed in on the discussion so far. This is an extremely difficult and painful situation for many people in the community, and as I mentioned earlier, I’m extremely disappointed and shocked by Brantly’s comments, both for their content and because of how they display a lack of leadership in a DAO (and movement) I care a lot about.

Please note, although I’m deeply concerned about the actions brantly has taken, all of the below should be subject to the standard procedures of the DAO. I am not the arbiter here. After all, this is what decentralized community is all about.

I personally believe this is the best next step and that we should strongly consider further measures, up to and including removing brantly from relevant leadership positions in ENS, given what I know so far about how he has chosen to double down on his comments. Why?

Again, to @lefterisjp’s point, I am very willing to hear brantly out but it’s hard for me to see right now how his actions don’t represent a breach of his duty to ENS (even beyond anything else, from the standpoint that they have contributed to meaningful harm to the organization and potentially jeopardized its mission).

Thank you for taking action @spencecoin and for involving the community in the process.

I’m astounded by the rush to judgement. Is this the new standard that we are applying to ENS?

Charging in full of high ideals to censor a leader of the foremost anti-censorship DAO because he has an opinion with which we disagree? Really?

Rushing to judgement is one thing, and this is another. The DAO is merely outlining options to move forward. One or more of those may be decided.

It says right there at the top “Finally, we want this thread to act as a planning hub for what happens next”

There’s nothing wrong with discussing it. In fact, I would say it’s wrong to not discuss it.

Update: Brantly’s contract with TNL has been terminated.

In my humble opinion, I think we should let this dust settle for a little bit and then take the temperature of the community to figure out if there is still action that the DAO needs or wants to take moving forward.

“This is another” is group think catering to a particular worldview.
Who gets to decide the preferred ideology there at ENS DAO?

Is there a Briggs Myers-style purity test to sort out the undesirables?

I mean… Literally no judgement has occurred from the ENS DAO as a whole. That’s what I mean by this is something else. This is discussing options. We’re discussing judgement, but judgement had not been levied yet.

Given the recently announced termination of Brantly from TNL, and the fact that a replacement director for the Foundation will need to be found - about which there has been no discussion so far - I think it would be productive to wait for some input from people before advancing to an up-and-down Snapshot vote.

My personal view is that the DAO should hold nominations and elections for a replacement director, before dismissing anyone from the role.

I would like to throw in a new (at least I could not find this argument mentioned anywhere else) point of view about this unfortunate situation.

First, let us remind ourselves about the goals of ENS and the broader crypto ecosystem:
Building a credible neutral computing platform which does not differentiate between any human-made distinctions (e.g. religion, sexual orientation, self-identification of any form, and so many more).

However, one goal of building systems that engineers like to forget while developing, is that the system should also be used at some point. “Normal” people should interact with it and need to trust it (remember, “normal” people do not read solidity code).

Whats the best way to make “normal” people trust a system they will never totally understand, while keeping in mind that this huge number of people themselves hold all kinds of believes and distrust towards each other?

From an engineering point of view, the answer is the same as (nearly) always:
Let it be validated by a bunch of independent, distrusting each other, people.
If everyone agrees on the same result, we take it as a high confidence of being correct.

But why should we, as a community, not strive for even more security?
Instead of letting systems, ideas, proposals, etc, be validated by different frens, why not directly let it be built by people with different believes and, this certainly happens in DAOs, distrust towards each other?

Obviously, this has been a hard time for all - I applaud individuals such as @spencecoin
@James for creating an open environment to talk and think about the best steps forward.

If one thing good has come out of this, it is increased participation and eyes on ENS.

Just look at active participants on the forum:

We haven’t seen this type of engagement in weeks. Let’s make use of it and together build a better future for ENS DAO.

How can exclusion be inclusive? @brantlymillegan What do you want to happen now?

Agreed here re maybe having allowed more community contributions/discussion before a TNL decision but these are two separate entities and decision making levers are different. It’s the hybrid state of many DAOs.

I have stated this before in convos and on Twitter - this process or discussion hasn’t got to do with belief systems or freedom of expression. It has to do with the responsibility a v public role within one of the key pillars of this ecosystem carries and what the weight of that responsibility is.

We keep speaking about being inclusive of everyone - yes, and we need to be when we are trying to build something better - but we must also be mindful when we speak and the reverberations of what we express. With great freedom comes great responsibility and maintaining space while we take up-space is the key to a more mindful and productive way of relating to each-other. 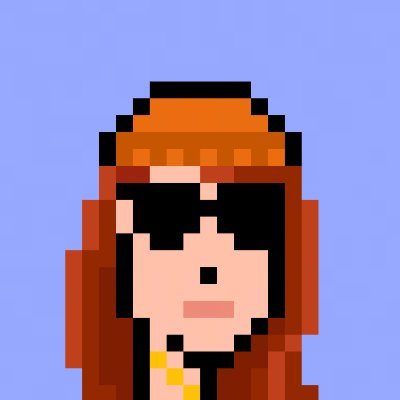 @Sim_Pop
@simondlr @MarkBeylin @softhoagierolls More context including a recording of the Twitter spaces from last night. From a dao perspective, beyond beliefs and freedom of expression, it boils down to a responsibility you carry as part of your role https://t.co/OHbdWt1MCh

I agree that intolerance should be publicly rejected at every turn but I also reject the moral absolutism which seeks to label people as good/bad while ignoring the ocean of nuance between those two poles
4 Likes
inplco February 8, 2022, 11:31am #24

He is not excluded. He can use ENS like everyone else. In fact, he is still the Director of ENS Foundation. Even if he is replaced, he will still be brantly.eth and continue be an influential delegate. The conception that Brantly has been cancelled is wrong. No one can cancel him. No one should cancel him. No one will cancel him. Protocol is still neutral toward brantly.eth the user. Brantly Millegan the leader however has lost his neutrality by harbouring hate toward a very large fraction of the DAO, clearly large enough to have him removed. No one is cancelled.

The backbone of a legally sound and socially just system is strengthened when proportionality of punishment matches the severity of offence. In this case, removal from leader position is an appropriate sanction for violating human dignity of those he represents by delegation of trust