@
This sounds really easy to dunk on, but, for comparison... The company ENS Labs Limited (formerly TNL) owns and maintains the ENS Metadata Service. 1/ https://t.co/XffL4x7FWj

The thread goes on to say:

@
So, similar to what UD said in their statement, the ENS name itself is still an unconfiscatable NFT. But the now-invalid names will be delisted from mrktplaces and won't resolve in wallets. Core team (I think) will issue refunds for certain names that were previously valid. 5/

[ENS] names can be delisted from marketplaces and won’t resolve in wallets,
…via sole discretion of ENS Labs, since ENS Labs Limited
“owns and maintains the ENS Metadata Service”.

Is this fud, or why is this “ENS Metadata Service” centralized,
can, or when can, this be placed in the control of the ENS DAO?
Is it okay to talk about this, as I do not understand this well?

Is this just fud? And:

Wallets like Metamask probably don’t use the ENS Metadata Service directly. But they do use the same normalization code (the very same code that will be updated in the near future). That same code gets embedded into ethers.js and other major libraries, which in turn gets used in major clients/wallets like Metamask. If the name is invalid per the normalization code, then Metamask will not allow you to use it: 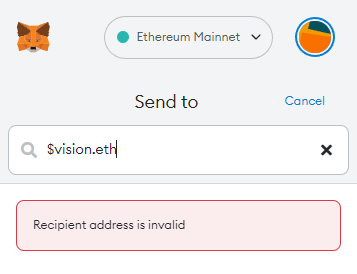 The NFT image for invalid names will be that red image you may have seen before: 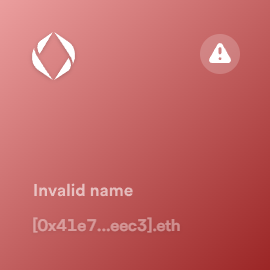 So your avatar won’t “work” for the name either, at least not on any major client/website/dapp. For example, LooksRare doesn’t delist the name like OpenSea does, so you can still see the image: 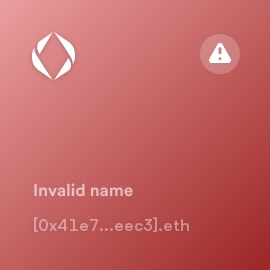 [0x41e7...eec3].eth, an ENS name. ($vision.eth is not in normalized form) ⚠️ ATTENTION: This name contains non-ASCII characters as shown above. Please be aware that there are characters that look identical or very similar to English letters,...

So yeah, it’s a voluntary service, of course. It doesn’t affect anything at the actual contract level. But for many people, I think they would find usability diminished, because it:

But of course, you can create your own website/wallet/marketplace that doesn’t abide by the same normalization rules, or doesn’t use the official ENS metadata service, if you wish.

In addition, it’s worth noting that the metadata service gets all its data from onchain sources, is open source, and anyone can run their own and produce exactly the same results as the TNL / ENS Labs one.