We have seven new proposals up for vote on Snapshot:

One issue that hasn’t come up before that I would like to solicit feedback on is how to handle onchain voting if we have multiple proposals that pass. In the interest of minimising gas fees for delegates, it would be ideal to not have 5 different onchain votes. My suggestions would be either:

A summary tweet thread on the Working Group proposals 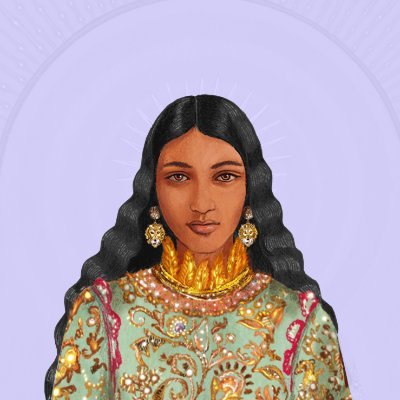 @futurealisha
the 4 working groups of the @ENS_DAO have funding requests proposals for Q1/Q2 2022 live now! ENS Delegates can vote on Snapshot over the next 5 days https://t.co/7WBdMwYFTT here is a summary of each working group (WG) request:
2 Likes
daylon.eth February 28, 2022, 9:13pm #3

Combine all parts of the same overall proposal that pass (eg, EP 7.x) into a single onchain vote - so in this case we would have two votes, one for EP7 and one for EP8.

I would prefer this. Edit - okay now that I think about it, just bundle 7.x and 8. No need to spend more than absolutely necessary on gas.

Please note that the total in the public goods wg budget request is incorrect - it should be $100k, not $150k.

Combine all proposals that have supermajority support (at least 2/3 vote in favour) into a single onchain vote.

I would also prefer this. Gas is expensive and there is no rebates yet, so it would greatly reduce costs if we had 1 on-chain vote instead of say 5.

Combine all parts of the same overall proposal that pass (eg, EP 7.x) into a single onchain vote - so in this case we would have two votes, one for EP7 and one for EP8.

For this specific set of proposals, I’d suggest one.

(Corrected to only include the executable proposals)

PS I dropped out of running. I accepted another position as an executive of another Web3 group. Looks like Brantley is winning the vote right now to stay in place. We have all been focused on the war so the timing of this isn’t good. But, if Brantely isn’t removed it will further sour the sentiments of LGBTQIA people and their allies.

We need to think larger than the individual and what is for the greater good. Currently to have people with so much voting power weighing becsuse they have more $ seems to be a problem and I dont think this is a fair vote for public sentiment and the future perception of ENS.

There are DAOs that are looking at 1 vote per person to keep it fair and also make it so people with the largest pocket books aren’t making the rules.

I can say off the cuff that I know the thought is that people will delgate their tokens to someone who will vote the right way on their behalf, but with the amount of noise in the space things get missed.

I have been actively supporting artists and others in the Ukraine for the last week and by chance came back to check on where we stood to see this.

Being the only woman that applied for the Director position and seeing such little support is disheartening to say the least. My only solice is that I was actively poached from another web3 company because of my voice during the fall out from Brantely’s actions and words. The company saw I was using my voice to urge us to model the future we want to see in web3. We have to protect the little guy. The little guy is LGBTQIA people in this situation. Not Brantley. Brantely is set now. It’s time for him to step down, do the right thing and make space for others that won’t alienate millions of people as ENS grows.

We have to look past ego and truly decide what is best for ENS and ENS holders and web3 in general. We need to encourage, lift up, and actively recruit thought leaders who will change the world for the better.

I lost my uncle to suicide because he was gay bashed and told his whole life that sexuality is a sin by my religious family. Being told you are evil or wrong for being who you are hurts the soul. Love is beautiful it is not evil. My sister’s best friend hung herself at 14 ar the playground at her school because she told her partents she was bi and they told her that was a sin.

My heart is breaking to see this vote this way as you can see it is incredibly personal. I am a lesbian mom of 2 boys and I never want my 7 year old or 2 year old to have to see the things and think the things that Brantely said. This is incredibly personal and important. I would urge Brantely, those that abstained, and those that voted to keep Brantely to change their vote.

SR had a similar situation that wasnt even as sever as far as I can tell and they removed the person as they have no tolerance for hate speech. I trust SR more now. Having this be such a fight with ENS in the discord and now seeing vote makes me think this is a white bro’s club more than a group that wants to support all people of all backgrounds and transcend human difference and bias.

I can’t even tell you how upsetting this is.

Results are in if Brantely hadn’t voted for himself he’d be out.

I’m out guys. All of this is on chain. Embarrassing for ENS.

I’m gonna pick up 100 tokens today so I’ll be able to engage more. With liberty and justice for all.

EP7 and EP8 are now up for vote onchain:

EP7 has now been executed; all the WGs have their budgets in their multisigs.