Create a new registrar which allows claiming ownership of the name on a side chain to the owner of the ENS Wrapper contract (A wrapper contract to turn any ENS names into NFT) bridged from L1.

The lack of ability to verify the state on L1

Unlike the rollup agnostic integration proposal (to be discussed later), this solution does only provide an ENS lookup service to each sidechain and no way to verify the state on L1.

I think this is an acceptable compromise as most of Dapp’s “L2/sidechain solution” is to create a replica of their platform in multiple chains and they act independently. The only thing this proposal is providing is to be able to let the user claim the name they own on L1. Without this solution, Dapp developers (eg: Colony on xDAI) are currently deploying their own instance of ENS just to claim their own ENS names which are high maintenance and wasted effort for the dapp developers.

No support for contract address as ownership

Because most contract-based accounts (eg: multisig) cannot retain the same contract id, if the user wraps the ENS ownership to multisig and cross it to the side chain, the same contract address is less likely to claim the ownership.

This is a known limitation of the sidechain in general so it should be avoided at the user level by transferring the ownership back to EOA before crossing the bridge.

The potential ownership collisions on subdomains

I don’t think there is a simple way to prevent that at the protocol level so it will be the name owner’s responsibility to only transfer names to take care of the inconsistency.

Comparisons with other proposals 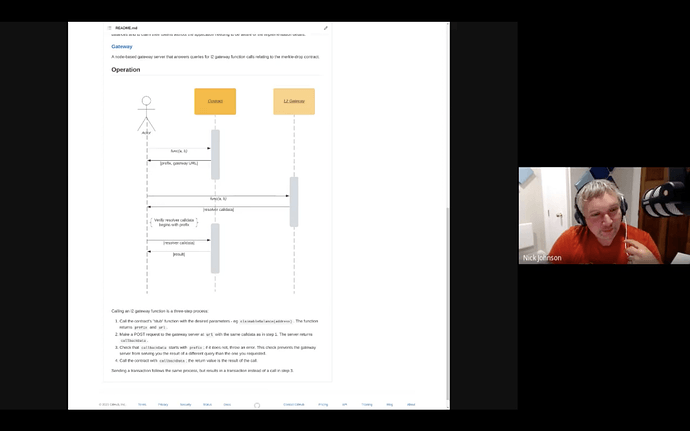 MVP of ENS on L2 with Optimism: Demo Video + How to Try It Yourself

At the ENS workshop earlier this week, I demoed the first MVP of ENS’s L2 support, showing how an ENS name can be resolved on Optimism.

To achieve #3 while retaining the same security model, the target L2 chains must have a way to allow L1 to verify. The possible ways are

Even though b is technically possible, this requires the target sidechain to open up API just for the purpose of the ENS gateway which may not be practical as this is an extra infrastructure to support the platform. Also b: would only work for a simple PoA(proof of authorities) system that trust any transaction signed by one of the authorities. It may not be able to support more complex PoS as L1 needs to know which validator to trust for the specific state it tries to verify.

This PR implements a way of mirroring existing ENS records to the other chain. …The following logic is suggested: * Whenever someone wants to mirror some ENS record, he/she calls `bridgeENSNode(namehash)` on the foreign mediator. * AMB bridge transfers the information about the ENS node owner, ttl and associated address obtained from the resolver. * On the home side, ENS registry is implemented as a part of the mediator contract. There is also a public resolver available. There are no any registrars. The only way of registering a new node, is to mirror it using the foreign mediator contract. * When node is first seen on the home side, some basic setup is done (owner, ttl, associated address are assigned to the node). Default public resolver is also assigned to this node. * For subsequent mirror operations, only owner address is updated, ttl and associated address are left unchanged. * Current owner on the ENS node on the home side can update resolver and ttl settings. However, he/she is not allowed to change the owner address or create/update any subnodes. * Public resolver is available as a separate non-upgradeable contract. It is intended to be used in the same way, as it is used in the Ethereum Mainnet. Implementation for the resolver was taken from https://github.com/ensdomains/resolvers/blob/8b97b0383607897dc4fe1f514007b0a3a72e9dbd/contracts/PublicResolver.sol

Their idea is to use Arbitrary Message Bridge (AMB) to transfer ENS ownership data. The difference with this proposal is that our proposal doesn’t require every chain to have an AMB bridge so more platform agnostic. It should work in theory as long as chains have a bridge to transfer ERC1155 between each chain.

Chainlink as a crosschain Oracle

Another alternative is to let users claim using chainlink as an Oracle to verify a state across chains.
This has a slight advantage over the main proposal because we can use the oracle to invalidate the claim when the name expires. The downside is a dependency on a third-party dependency.

This is originally proposed by Vitalik but we pivoted away to use rollup’s own attestation mechanism so that we don’t have to maintain our own “ENS attesters”. Given that sidechains (BSC and Polygon specifically) became more popular than it was at the time we discussed the solution, we could potentially revise if this approach is feasible for non-rollup based sidechains as well. 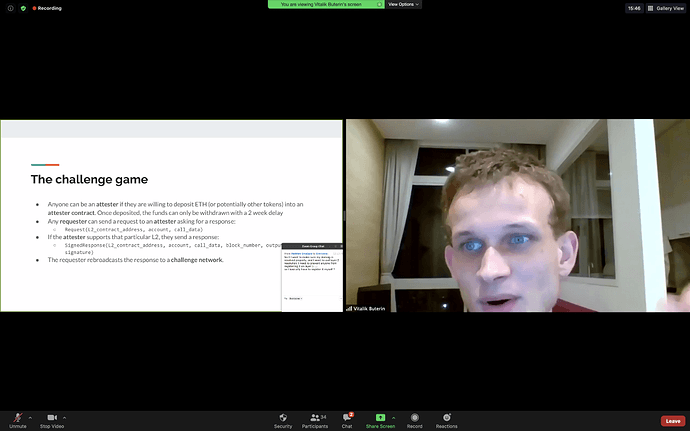 So, the idea here would be that a name that’s been migrated to a sidechain can only be used - updated and resolved - by clients of that sidechain?

How does the arbitrary message bridge for sidechains work? Could we use its signing mechanism to produce proofs for Durin that have the same security guarantees as the AMB itself?

So, the idea here would be that a name that’s been migrated to a sidechain can only be used - updated and resolved - by clients of that sidechain?

Yes. The use case is to let the domain owner issue subdomains to their users just like argent used to do. https://www.cometh.io on Polygon chain actually had the use case in mind.

How does the arbitrary message bridge for sidechains work? Could we use its signing mechanism to produce proofs for Durin that have the same security guarantees as to the AMB itself?

I can ask xDAI team to comment but I highly doubt we can reuse their architecture because of the following reasons.