Open letter to Brantly Millegan, in reference to EP6.1

Brantly was not prohibited from exercising his right to vote his votes, including those that were delegated to him, and he has exercised that right.

What a sad statement. You don’t even see what he said as a mistake?

But, morally should he? What DAO allows a person with the most power to keep themselves in power? This is not decentralization.

That’s not what I said. His act of voting Against is not a mistake, and is well within his rights as a delegate.

The entire point of a delegate system is to delegate your votes to someone else you trust to vote on your behalf. And many trust Brantly. His thousands of individual delegators have had plenty of time to redelegate to someone else, and with free redelegation available to boot. Many of them did, as you can see above. And many others chose not to.

Anyone can change their delegate at any time.

If the majority of delegators think that he should be removed, then that will reflect on-chain via redelegations away from Brantly, or via the current proposal, which has not yet ended. So “what DAO allows this”? All DAOs do, and should.

Yes, the DAO allows Brantly to remain as the largest delegate, because the DAO is the community of tokenholders, and the community is expressing their will through their individual delegations and votes.

This is decentralization, regardless of whether you like the outcome of a particular vote or not.

My apologies then I misunderstood.

I would argue that a lot of people delegated not knowing what they are doing and a DAO needs to look to future DAO members and whether decisions will alienate others incoming. I also would argue that this is not sufficiently decentralized when a vote to keep yourself in power can sway the decision. I think caps should be in place and almost 20% is way too high, especially for a new DAO. Too much power to few is centralization.

New DAOs struggle with engagement and participation and therefore the best vote for the org doesn’t always happen. I think a lot of people are distracted by the war as I was and I think it would be good to find out what the general consumer base and potential ENS customer things and set aside a large delegate to take that into consideration. We do not want to alienate our future user base. I am a delegate while small I feel alienated. Y.at and others will be coming as competitors and lack of inclusivity and protection of minorities will hurt this org in unimaginable ways.

I think you bring up some great points. I would definitely like to see more free redelegation windows in the future, to serve as pushes and incentives to get people to engage and be active in the DAO: Free redelegation is now available!

The DAO working groups are revving up now too, and I’m excited to see more and more contributors come in and help grow ENS, and be compensated for it! This onboarding flow the community is working on will be awesome to help that happen smoothly too: Onboarding Flow: Request for feedback

e revving up now too, and I’m excited to see more and more contributors come in and help grow ENS, and be compensated for it! This onboarding flow the community is working on will be awesome to help that happen smoothly too: Onboarding Flow: Request for feedback

I like these ideas. I would also say encouraging participation rather than delegation. Maybe you can complete benchmarchs and earn $ENS.

Yes, this is a major part of the new working groups! Contributors can participate in the DAO and help out in some area, and be compensated for it! It could be for translations, outreach, integrations, third-party projects, all sorts of things! Check out the EP7.x proposals here, each working group is requesting its own budget for Q1/Q2!

That’s incredible. Great work! I think, however, should Brantley stay I will, unfortunately, be out. I have had too much loss in my life due to people being careless with their words towards people I love and I can’t be part of something that has people who do that in power. I hope I can still contribute after the 5th, but at this time I am not hopeful. Had he apologized after, had he not voted to keep himself instated I might have felt differently, but the apology never came so if he stays there is no place for me here as a lesbian mom with two boys who I never want to hear from anyone that “homosexuality is a sin” or that their moms are sinful for loving each other and being in a loving marriage for 14 years.

Many who feel the same way just won’t come here to say it, but they are feeling it too. They tell me and they thank me for saying something.

Well I thank you too for your candid opinions. We may not agree on everything but we can still work together, help this project flourish, and make sure it remains open for everyone.

You are of course welcome to stay or leave the community, but I really hope you do stay and continue to add your voice, especially if it resonates with others. If we don’t agree on everything, then that’s even better, because it means more diversity of thought here. Consider continuing to be an ENS delegate so that you can help represent people like you in ENS through your votes!

Well I thank you too for your candid opinions. We may not agree on everything but we can still work together, help this project flourish, and make sure it remains open for everyone.

thank you to all for keeping the discussion civil

@nick.eth Jordan is a lawyer. I know a DAO isnt a corporation, but I think the same principle applies here. Brantely voting for himself is a conflict of interest. 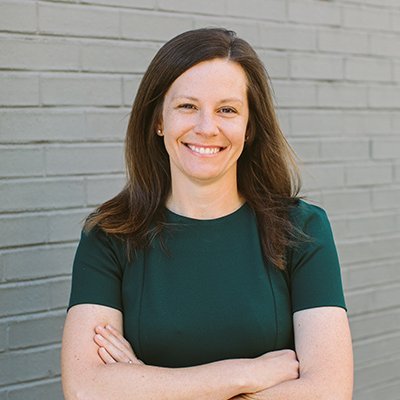 I think a second opinion could be warranted. I think this is very bad for the DAO. Ive had at least 100 people DM me saying they’ve switched to the competitors. Most won’t fight it. Who wants to be David facing Goliath? Who wants to be outspoken and attacked and insulted like I have trying to defend LGBTQIA people. Even your social media manager was attacked just by having a space for LGBTQIA people. It’s not popular and sometimes dangerous to speak out against people with power with bigoted words and speech.

Brantley has so much power. Most that are hurt by him have no power.

It is unethical and it is further proof why he can’t be in a leadership position at ENS. The right thing to do was for him to step down.

While I am lawyer, I am not a former corporate lawyer, I concentrated in the area of ERISA and employment law. Any USA ethics are guidelines–and not rules–unless there is an applicable regulation that applies to ENS, which there is not. The setup of ENS voting system applies to tokenholders and not a director’s vote in the course of their duties. I would also note that brantly’s voting power is .36%, which includes the votes of other tokenholders.

It is unethical and it is further proof why he can’t be in a leadership position at ENS. The right thing to do was for him to step down.

I’ll talk one-to-one to you on a personal note: generational changes are often incremental and take sustained effort. Being bigoted and hooked to 2000 year old doctrine is a shot in the foot. It’s like wading against a raging river with nothing but one rope to hang by; the fight only prolongs the suffering of the bigot. On some personal level, I want Brantly to stay and come work in an environment that openly knows him for what he is. Let him have a taste of working in adverse socio-political conditions as minorities have done since forever. If he remains a bigot, he and those that support him will naturally feel the decay that comes with being indoctrinated by hate. If death of ENS is what it takes, so be it. It’ll be a small casualty in the macro picture. It’s just a code after all. Fork it, port it, build it.

I can see what you are saying. We do know he won’t be humble to the fact that his words hurt because he laughed when confronted with it. But, I think he will reach far less reseistance after this vote. Diverse people from diverse backgrounds won’t feel safe or heard and therfore will not be present. It will be people that agree with Brantely that stay.

I truly was inspired by ENS before all this and I’d personally hate to see it burn, but if that is what is destined then so be it I guess.

It will be people that agree with Brantely that stay.

Nah! No way. I am here, so will many others. One vote isn’t going to make or break ENS although it may crack it. Beyond that, natural laws will decide whether the cracks get filled and with what material, or it decays into nothingness as many crypto projects have done in the few years past. I understand your pessimism, but like Ukraine we will survive resist. Having said that, let the vote end. I think there is a late barrage of votes to come and you may be surprised by ENS community.

I appreciate your optimism in the face of all this. I am glad you will be staying. I’ve appreciated everything you’ve done and said. You get it.