Proposal: .eth names should cost the same to register regardless of length

I get it, shorter names could be considered more accessible and therefore there’s a degree of clout in only having a 3 or 4 letter eth address, but in most cases is that really relevant? Apart from the common abbreviations, there are tons of shorter addresses that are waiting to be registered but the incremental pricing just simply due to their length is absurd.

Sure, why don’t I just adapt one of those longer names and get on with it? Well, that’s subjective isn’t it? We all have personalized preferences, nicknames, words, brands we enjoy. Just because the one I want to register is three letters I have to pay 160x as much compared to someone with 11 letters?

It doesn’t really make that much sense to me.

Shorter domain names are more desirable from a marketing point of view; and thus, command a premium for the greater demand for them. Think of the New York Stock Exchange. It’s not just simply three or four-character domains, it’s the specific combinations that make them valuable to the purchaser. I would love to purchase quite a few more four-letter domains, but I am disincentivize by the upfront cost.

“The biggest “flex” in ENS domains seems to be [firstname].eth not 3-4 characters on the basis of scarcity.”

“…unfairly being taxed by the DAO”

Yes, exactly. Scarcity is extremely important when setting prices. By asking the DAO to remove scarcity from the price calculation, you’re asking to ignore fundamental economics.

In DNS you see higher prices for even seemingly non-sensical three letter names due to… scarcity.

I think there is a general misunderstanding about why ENS charges registration fees for names. The pricing mechanisms were not designed to make money. The pricing mechanisms were designed to deter squatting and to stop someone from coming along and registering all of the names. With respect to pricing on three and four character names, the decision was made to charge more because of the relative scarcity of those names.

If you want to put forward a proposal to reduce the pricing of three and four character names, it is not enough to say that prices should be lower because it would be better. You need to justify your reasoning by considering all of the consequences of taking such an action.

People should never register ENS names with the expectation of future payout or reward.

It doesn’t “reward whales” but is rather a response to the economic reality that those “whales” would register all of the names if the registration price of three and four character names was significantly lower. In that instance, a normal person would then be forced to part with significantly more money to acquire the names on the secondary market, if the name was listed at all.

ENS is not DNS and we have to do a lot more to protect and manage the integrity of the namespace as a decentralized protocol. 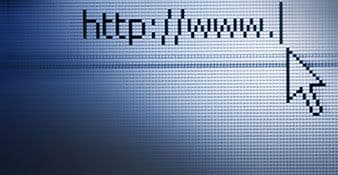 Have a business with a four-letter name? Your chances to register a domain name for it may be gone, gone, gone.

I can’t find the link, but there was a famous domain investor who went all in on .com 4 letter domains at one point, buying everything that was left and later selling them for a profit.

Just for perspective, I remember looking at auctions for .com addresses several years ago on GoDaddy, and random combinations of numbers up to at least 10 digits were selling for thousands of dollars, just because there can only ever be one. Simple supply and demand.

I do not support this proposal for the english language for the reasons alisha.eth and others have pointed out. However, I do think the idea could have merit for Chinese language ENS names and perhaps other languages that have a similar nature. I am not a Chinese speaker and certainly not an expert on the topic but as I understand it each Chinese character is basically the equivalent to an english word. A quick google search indicates there are over 50k Chinese characters with 20k that are commonly used. Given this, the rarity of a short Chinese ENS name is a very different dynamic than in english. In fact by forcing most Chinese speakers to have a 5 letter domain we are basically requiring a small sentence. If I am mistaken in any of this someone more knowledge please correct me.

I hadn’t considered that somehow, even though I had tried registering some names in Korean (a person’s full name is displayed as 3 “blocks” which is counted as 3 characters, even if made up of many more letters) Different script / writing systems / alphabet equity is a massive rabbit hole to jump into. I’m not sure how to even really begin with that.