Sanctions for bad PR. And the state of our PR going forward

What happened today is unarguably affecting ENS’s public image. Which in facts puts into light multiple questions that need to be answered :

So I’ll answer these questions myself, and would love to hear input from other members so that we can reach some sort of agreement. Please keep your opinion on WHAT was said to a minimum, and express your opinions more on the issue at hand, the hypothetical that an ENS director (since we have no PR Manager now) says or does something racist, homophobic, or mysogynist.

So, should the image of ENS matter? Looking at it from a financial perspective, I’d say yes. The market today has reacted to the news through the $ENS token’s value, and there is a fair amount of people on twitter that are advocating for no longer associating themselves with ens, no longer registering .eth domains, and so on. So, from my point of view, public image is something we need to uphold.

Now I won’t link what @brantlymillegan said, but it was offensive enough that it caused enough of an uproar that multiple posts here, on twitter, and on discord are calling for his complete termination from the director position. 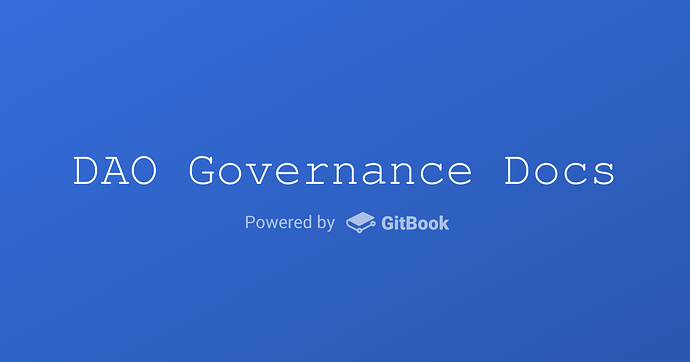 The ENS DAO is represented in the real world by a Cayman Islands Foundation. This page describes why this is useful, how the foundation is structured, and what powers the DAO has over the Foundation.

I should link this to put into context, that there are 3 directors for the ENS Foundation, which is supposed to represent the ENS DAO : Nick Johnson, Brantly Millegan, and Kevin Gaspar. There is a supervisor which is a firm, and I do not know who are all the ENS core team members so I’d love if someone were to list them. Then we can find stewards, moderators, and the remainder of the community appointed member roles.

So with that said, does @brantlymillegan deserve to be terminated for this issue? I personally think that first, they need to publicly apologize about their opinions. These opinions have obviously hurt a lot of people, and are probably not aligned with the majority of our community believes in.
Now if Brantly does apologize and understand that these tweets of his were a mistake, I vote to still suspend him from exercing his role as a director, for some amount of time.
I will not write here what I think we should do, should brantly refuse to apologize for his actions, because I hope they are willing to do at least that much for the community.

Now from this point on forward, we will need to potentially assign someone to work a PR position, to correctly handle communications associated with the ENS DAO. As a director specifically, these 3 people are critical to the Foundation’s image, and it would be a waste to have opinions on irrelevant matters publicly ruin potential relationships with our community, be it from other communities, investors, or advertisers.

Apology is off the cards. It was on when the old tweet re-surfaced. He has since made it pretty clear that he is standing his ground and today’s events are sufficient cause to terminate any Director in any part of the civil world. Perhaps you should have listened to the cringe-fest which was that Twitter space instead of trolling on Discord.

I kindly asked not to bring up what they said, whatever action we take here is going to set a precedent. I understand you have a strong opinion about what happened, but you need to see that your opinion has equal grounds to mine. You’re not right, neither am I. The goal is to reach a preliminary consensus so that we can figure out exactly what the proposal concerning the situation is going to be about.

Perhaps you should have listened to the cringe-fest which was that Twitter space instead of trolling on Discord.

If you try to insult me personally again I’m going to stop entertaining you with replies.

You are right about the precedent. But you are wrong about your opinion having equal grounds as mine. That ends it from my side. But again, I am only one delegate. It is a DAO

As one of the bigger stakeholders in the DAO I think appropriate action needs to be taken as quick as possible. We’ll see negative press and news articles very soon and it’s best we act and show the DAO works as intended. I don’t have to address Brantlys despicable views, I always worried his proponent religious stance will lead to controversy at some point, there’s no place for this, especially for someone working a very exposed position for $ENS. I would like to vote on his immediate removal and hire someone responsible for all PR agendas. The dent the $ENS ecosystems rep could take from this is not to be underestimated so this should be a high priority matter. I hope and expect we see a proposal to vote on this in the next few hours.

I have written out my thoughts publicly and would like your support on this matter. 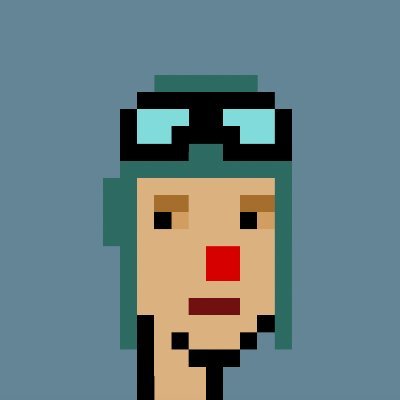 @mb__nft
1) Ad $ENS controversy regarding @BrantlyMillegan 🧵 As one of the bigger stakeholders in the DAO I think appropriate action needs to be taken as quick as possible. We’ll see negative press and news articles very soon and it’s best we act and show the DAO works as intended...

The community know who Brantly is and how dedicated, passionate, skilled he is with regard to upholding his and the ENS DAO constitution’s professional ideologies and standards.

For ENS community to legitimately put an exile action like this, to a vote, could be a perverse incentive in action.

I vote for Brantly.eth because he has done more than a lot can do, and a knee-jerk response removes integrity from a public cause.

If this bigoted excuse for a human being can lead ENS this far, I am excited to see how far it can go with someone better than him at the helm. Have you set your standards so low? Is this the best leader ENS can find? ENS is bigger than an individual and will last generations, preferably without him. Listening to him for two hours on Twitter spaces constantly belittling every speaker, laughing at the mention of Holocaust, and laughing in the face of people who he deeply hurt was psychopathic. He tried to justify rape and pedophilia, my lad. You got kids? Wife? Parents? Think it over again. Kids, Wife, Parents, Rape, Paedophilia, Homophobia, Hate. Try to associate these words together. Imagine them together. Put your family at the centre of it. Now enjoy the view. That’s the view he painted for everyone on Twitter spaces.

I’m very new to ENS and am still finding my way around but found myself here. People shouldn’t necessarily be held to statements they made years ago as we all have a chance to learn and grow. That being said, @brantlymillegan has shown that he has done neither. His opinions are detrimental to the DAO therefore his position untenable.

This isn’t just a discussion about “ban” or “keep”, we are trying to come up with potential punishments or solutions to the current issue, and also work on that it doesn’t get repeated again in the future.

@brantlymillegan needs to step down as the face of web3 for ENS, a face he was eager to put out and get, and he’s abusing his position to make it about him and his religious or political views or what ever. Lack of foresight, completely out of touch and irresponsible given his position.

If he wants a pulpit then he should be a preacher or have a separate account on Twitter for that.

Now it seems he’s positioning himself as the martyr and the victim that “just wants to keep working on web3” and he’s the one now being vilified for his views and apparently that’s not okay according to him but his tweet was okay in his mind. It’s a bad look. He can keep working on web3 or doing whatever he wants, but I will be voting against him bc I don’t want this bs controversy drama to be the face of web3 or ENS.

Plenty of other talented programmers can do exactly what Brantly did and fill his role with no problem. I don’t care about his views, I care that he’s hurting ENS by making obviously abrasive and controversial statements and doubling down on them with such a lack of self-awareness regarding his position in web3 and ENS.

There’s plenty of other catholic views that are much more universal, why make a conscious decision to post and highlight that particular view? That was really stupid and watching him handle it is even worse.

A solution for this ‘ordeal’ is kind of on paper in contracts between The ENS Foundaton internal affairs directors and supervisors, and the ENS DAO constitution, inter alia, where Brantly.eth is committed to endeavour in a manner that he has signed for, as one of the three Directors of The ENS Foundation.

[EDIT]
In this instance, my conjecture would be that Brantly.eth has to communicate with the supervisory firm, DS Limited, and directors Kevin Gaspar and Nick Johnson. Again conjecture here, looking at the governing constraints that [currently] exist, Brantly.eth will continue at ENS DAO and working within Web3