Hello and welcome to the Ethereum Name Service DAO Newsletter!

New editions are published every Tuesday at 3 PM ET (8 PM UTC).
This newsletter is available on our Governance Forum, Substack, and Twitter.

For details on the proposal process see our Governance Docs.

Keep up with important dates by subscribing to the ENS DAO’s calendar.

There will not be any working group calls from December 16th through the New Year.

If you’re interested in being a Working Group Steward, nominate yourself on the forum before 9am UTC Dec 9th!

For a complete overview, please see this forum post.

This has been an immense year for the ENS DAO and it was only possible because of the great community.

To celebrate the community we are announcing the ENS Scholars 2023: $12,000 USDC streamed over a year for the great undervalued talent of ENS and Web3.

We hope to find developers, artists, writers, community builders and anyone who has been working towards the betterment of the ENS community but are not being sufficiently rewarded for it.

For a complete overview, please see this forum post.

@nick.eth has provided a status update on the ENS DAO endowment.

Karpatkey will begin preparing a plan for structuring and managing the endowment, aiming for a total of approximately $30 million in the Endowment fund to start.

@nick.eth has written a social proposal for Routine Treasury Management which grants the Lead Steward the responsibility of reviewing the state of the DAO’s accounts, regularly updating the DAO on their state, and making reports to the DAO whenever they judge that action from the DAO may be required.

The purpose of this proposal is to establish basic parameters around the DAO’s working capital / runway and the handling of revenue on an ongoing basis.

Trivia: A Social Proposal asks for the agreement of the DAO on something that cannot be enforced on-chain. Examples of this include a proposal to change the royalty percentage for the ENS secondary market on OpenSea, or a petition to the root key holders. Social proposals have a quorum requirement of 1% and require a minimum approval of 50% to pass. For more information, review the Social Proposal Template and Governance Process.

Khori Whittaker (@khori.eth), Executive Director of ENS Labs, spoke on the yWhales podcast about the future of ENS, DAOs, and regulation within the Web3 space.

ENS Labs' @KhoriWhittaker joined the @YWhales_W3 podcast discussing the future of ENS, DAOs, and regulation within the Web3 space.

Today's the day!
Excited to have @_jefflau for the ENS Hour Twitter Space to talk about the NameWrapper!
It's going to be a great conversation 🚀.

Vitalik Buterin (@vbuterin), co-founder of Ethereum, discussed the merits of the Ethereum identity ecosystem including ENS, Sign-in With Ethereum, and more, in his recent blog post titled What in the Ethereum application ecosystem excites me.

ENS is described as a key component of the Ethereum ecosystem, providing a way for users to easily interact with smart contracts and decentralized applications.

ENS allows anyone to register human-readable names that can be used to securely and conveniently send and receive transactions, while also providing the benefits of identity verification inherent in decentralized blockchain technology. 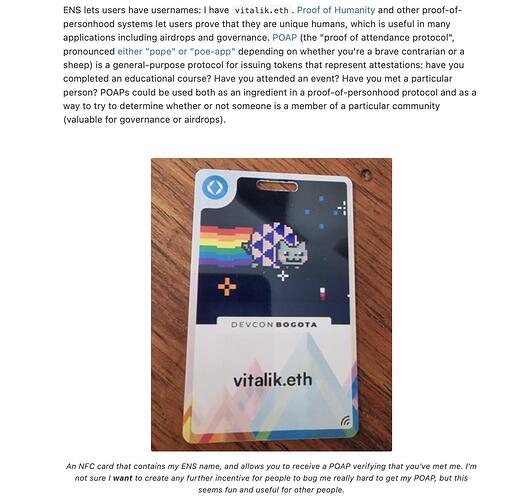 The DAO is reaching the end of the second 2022 term. Nominations for the first term of 2023 working group stewards will begin on December 6th.

A treasury management social proposal has been put forward to allocate 24 months runway of working capital into USDC.

An ENS Agora page is expected to be released ahead of the upcoming election cycle.

Gregskril (@gregskril) presented a project that allows the uploading or pinning of an image to IPFS and minting it as an NFT.

The November Small Grants concluded this week. This is the last Small Grants for the year. The winners are as follows:

The last Small Grants of the year wrapped up with five winners:

The Public Goods Working Group will sponsor a scholarship for six people to receive a stream of $1k/month for the following year.

For more information, please see this thread on our forum.

excited to be at ETHIndia with https://t.co/vIZjCx1wr5 (@LucemansNL) and 0xashu.eth(@0xashu_eth)! @ensdomains has $10k in prizes up for grabs 💸 can't wait to see what everyone builds over the next few days! pic.twitter.com/VuSk4QRNfA

The Plaza presented by Shawn with Water3.

If you want to delegate $ENS for the first time or re-delegate from one Delegate to another, it's free until December 8th.https://t.co/l5jtVlcguA

Considering getting involved at a deeper level? Submit an application to become an ENS Governance Delegate. 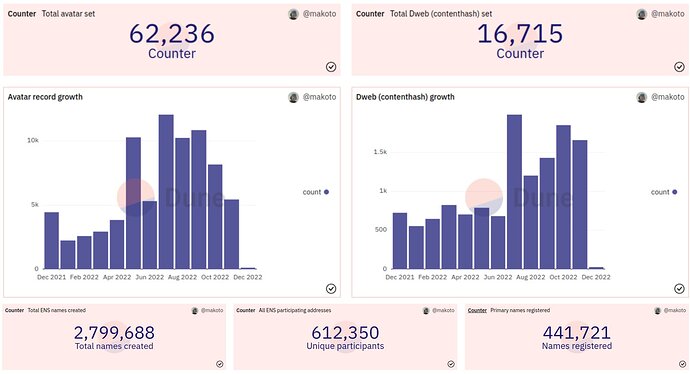 Thank you very much for reading! See you next Tuesday!